Brakeman Pro attempts to provide as much information as possible about potential security vulnerabilities. This may lead to spurious warnings - false positives.

When using Brakeman Pro Engine as part of testing or continuous integration, it is recommended to use the --exit-on-warn option. This will cause builds to fail if any warnings are found.

To use --exit-on-warn effectively, your application must start with zero warnings. Since it is uncommon to have zero Brakeman warnings, the recommended approach is to triage/fix as many warnings as possible (easiest with Brakeman Pro Desktop), then generate a configuration file to ignore any remaining false positives.

It is possible to ignore specific warnings by adding a config/brakeman.ignore file to the code repository.

The ignore configuration file can be generated by exporting false positives from Brakeman Pro Desktop: 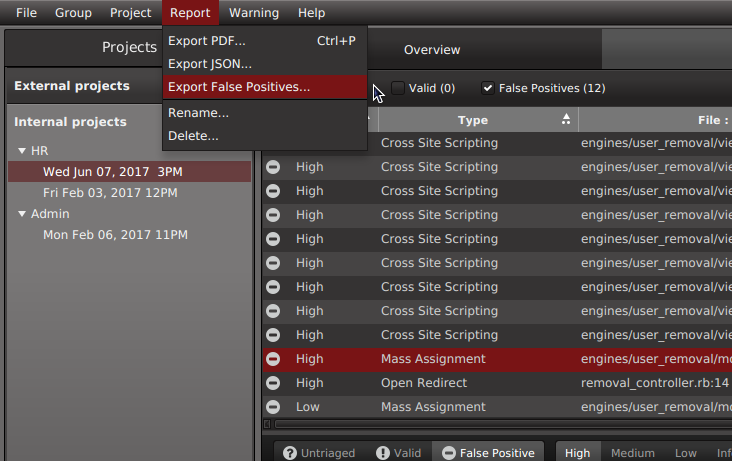 The ignore file will also be automatically imported into Brakeman Pro Desktop if it exists.

Alternatively, run brakeman-pro -I and step through the warnings one-by-one.